Prof. dr. Paloma Melgarejo finished the university studies of Agricultural Engineering in the Higher Technical School of Agricultural Engineers (ETSIA) of the Polytechnic University of Madrid (UPM) in June 1978, obtaining the PhD in Plant Pathology with the qualification of Cum Laude and the Extraordinary Doctorate Award by the UPM in 1983. She obtained a permanent position as scientist at the National Research Institute for Agrifood Research and Technology (INIA) in Madrid, in the Plant Protection Department in 1985. During the 2003-2008 period, she compatibilized her research work with a position of Scientific Officer in the Spanish Ministry of Scientific Research and Innovation for the scientific management of the National Programs of Agri-Food and Forestry. During these periods she was Assistant Professor of Plant Pathology at E.T.S.I.A., UPM (Madrid, Spain). From September 2008 to September 2017 she was Deputy Director of Foresight and Program Coordination of INIA, managing the research program on agri-food and forestry, coordinating the agri-food and forest research of the 17 Spanish regional communities and internationally representing Spain in the agri-food and forest fora (SCAR, FACCE-JPI GB, EURAGRI, CGIAR, CRP-OCDE,…). She moved to Paris in September 2017 working at INRAE headquarters as scientific officer at the Executive Secretary of the “Initiative 4p1000 Soils for Food Security and Climate” (https://www.4p1000.org/). She is currently Professor of Research at the Spanish Ministry of Agriculture, Food and Fish. She is author or co-author of 116 scientific papers included in the Web of Science, h index= 32; 2,524 citations, author or co-author of 50 books, monographies and collective books, more than 300 contributions to congress and symposia. She has participated in 44 competitive R&D&I projects, 25 as coordinator. She obtained the “Twentieth Anniversary Ozone Protection Award” by The United Nations (ONU) in September 2007. She has three patents and has co-obtained eight strawberry varieties. She has organized three International Courses at the Mediterranean Agronomic Institute of Zaragoza (IAZ-CIHEAM). 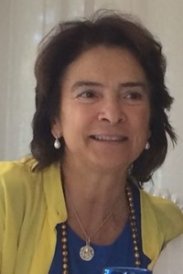